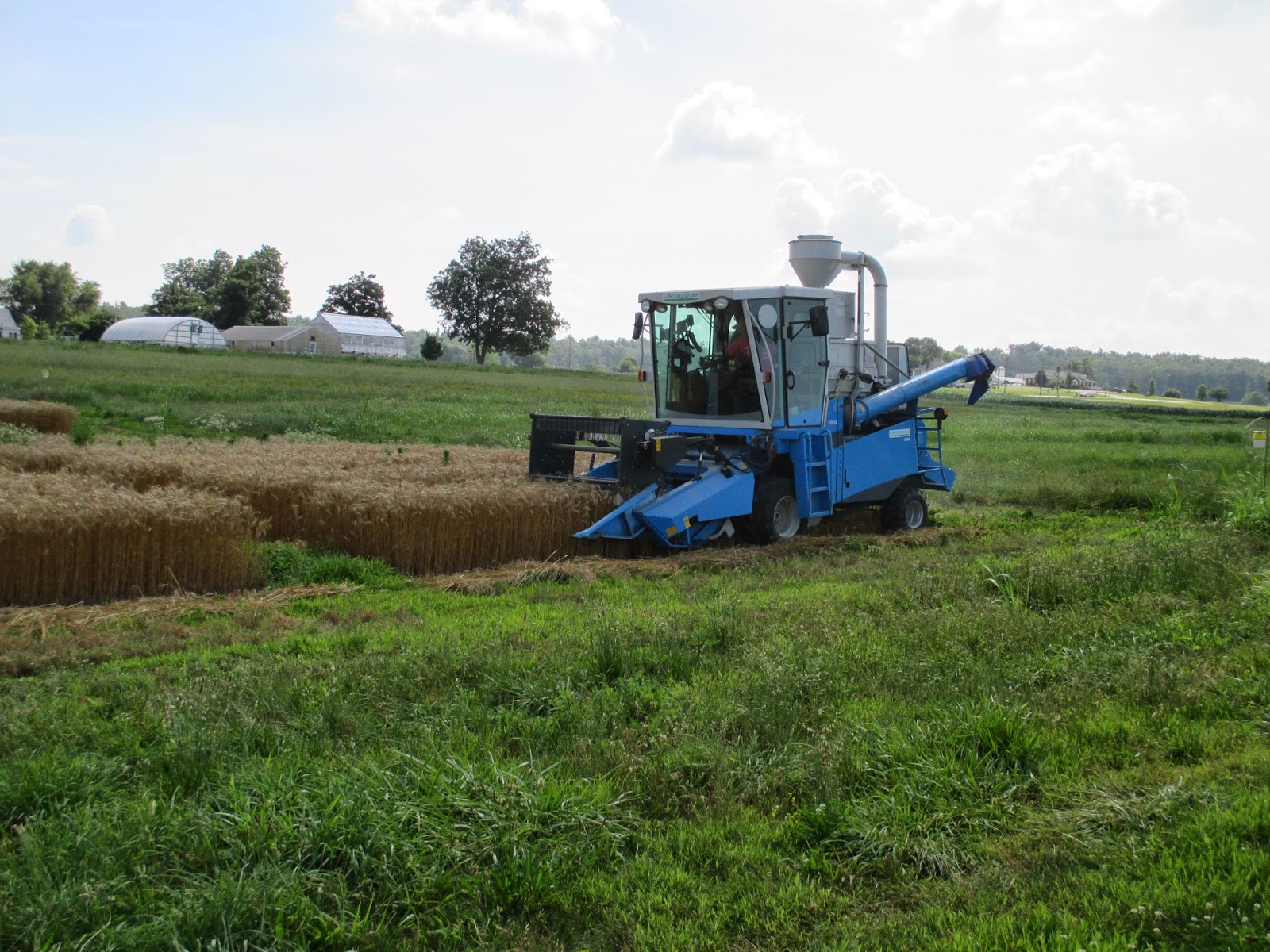 Apparently the recurring theme of the 2014 wheat crop is unusual weather patterns and problems.

Many producers started the season later than desired due to unusually cool weather that delayed corn development and harvest.  Unusually low temperatures delayed wheat development.  Fortunately, wheat was not delayed as much as it could have been.   As of last week the United States Department of Agriculture’s National Agricultural Statistics Service (USDA-NASS) reported that 35% of Kentucky’s wheat crop had been harvested.  The 5 year average for harvested wheat is 50%.

Unfortunately, high deoxynivalenol (DON; also called vomitoxin) levels in harvested grain have been reported throughout Kentucky.   This is despite the fact that most counties are reporting good test weights and yields.  In many cases, producers have done everything right.  The environmental conditions simply favored extensive DON accumulation with little or no visible symptoms of head scab (Fusarium head blight caused by Fusarium graminearium).

There are laboratories that can test for DON levels in grain samples if a producer is interested in knowing this information before transporting grain for sale.  For detailed information on DON testing contact your local University of Kentucky Cooperative Extension Agent.
Posted by Carrie Knott at 4:11 PM