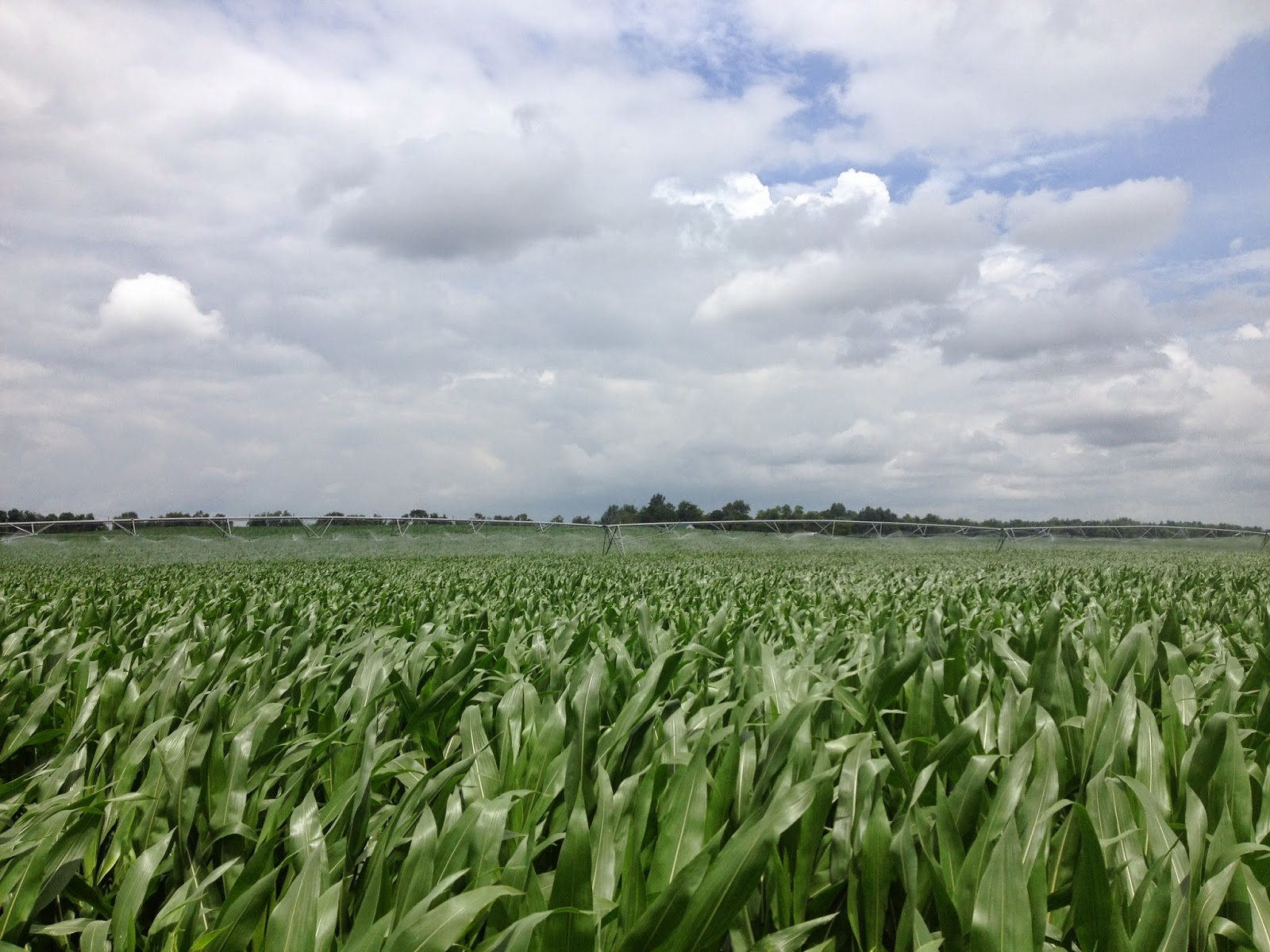 Corn yields have steadily increased over time in part to increasing the seeding rates. Identifying the proper seeding rate is a balance between having enough plants to maximize yields with having too many plants to hurt yield in stressful conditions.

The following is the University of Kentucky guidelines for corn populations on various soils in Kentucky.

These seeding rates were developed from research, from soil depth and water holding capacity, and from the risk of soils running short on water for the season. The logic behind these seeding rates is that soils at greater risk of running out of water will have a lower seeding rate. Deep soils that are more likely to carry sufficient water throughout the growing season will have higher seeding rates.

There are a range of rates for each soil type and that reflects the variability in the data we currently have. More data from more research may help us refine those numbers. 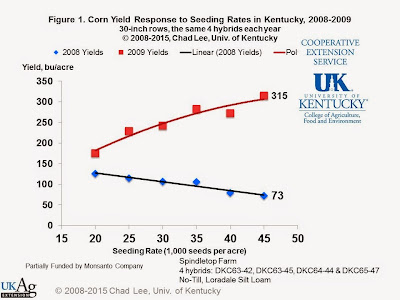 If we could predict how the frequency of rainfall and the quantity of rainfall during the growing season, we could very accurately predict a seeding rate. Until that happens, we are left with trying to find the correct balance between enough plants to produce high yields while not having too many plants to severely hurt yields in stressful years. 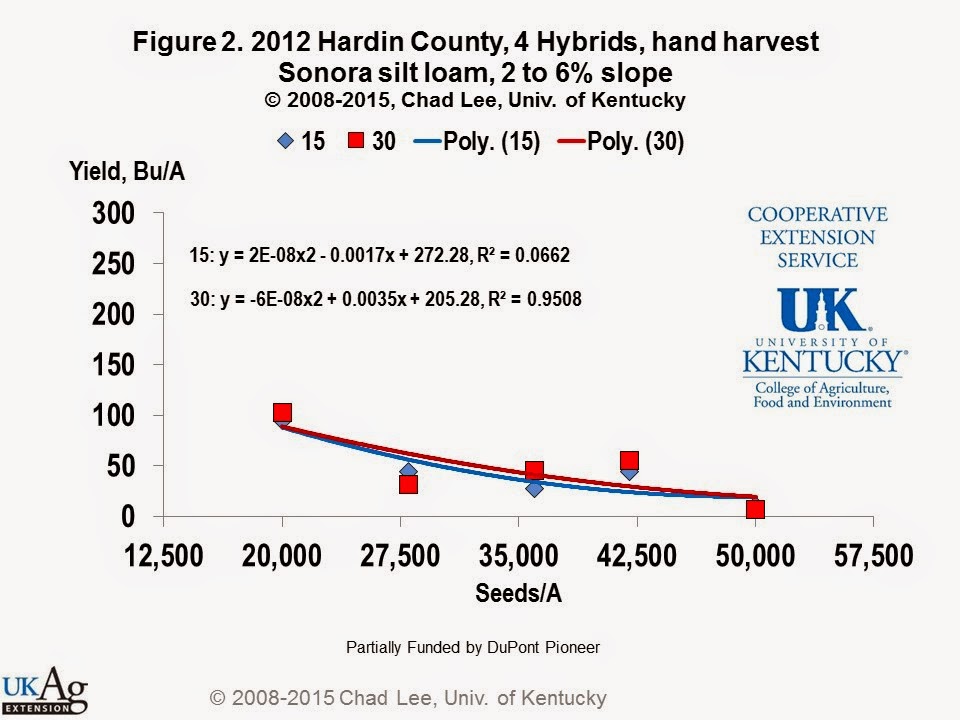 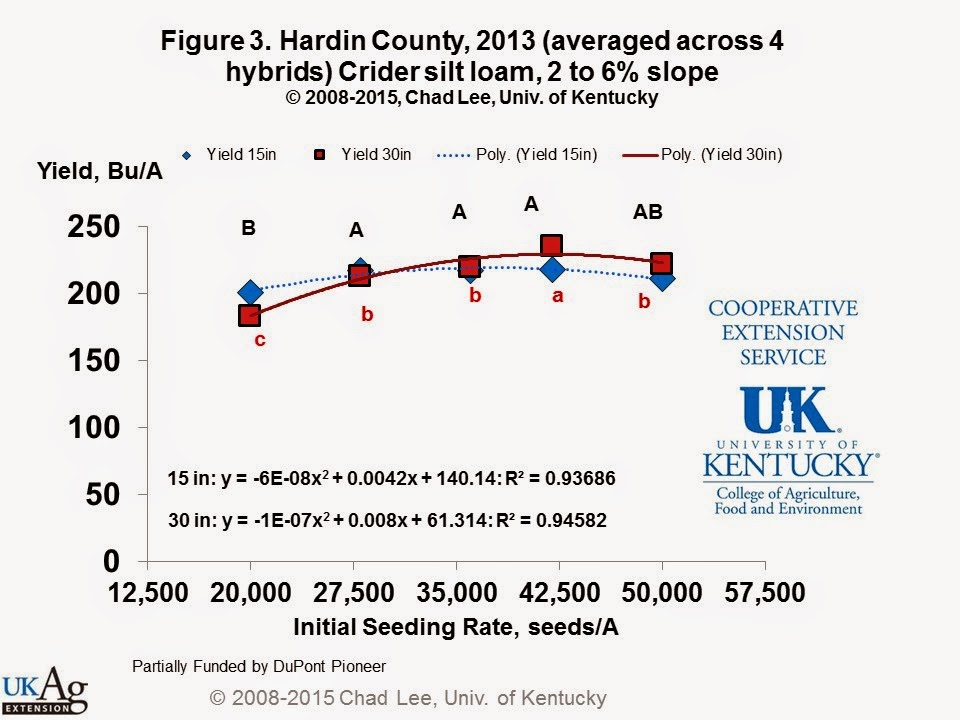